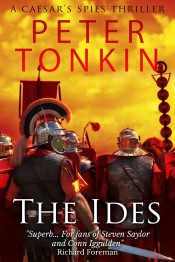 The Ides of Mars is fast approaching and there are evil portents aplenty warning Gaius Julius Caesar to beware of the day.  As is well known, Caesar did not heed the warnings; his violent death ushering in another period of Roman civil war and the rise of emperors.  In The Ides the reader experiences a different take on this history shaking event as we follow the story through the eyes and actions of a cadre of agents who seek to protect Caesar from those who would do him harm.  The tale is replete with wonderful characters, a story line that is filled with surprises, and a detailed view of the city of Rome and it’s varied citizenry from lowly plebs and former soldiers to the aristocrats who vie for power during the unsettling aftermath.  I read a lot of Roman historical fiction and this rendering of those climatic days rates up there with then best of them and I’m looking forward to the sequel.  4.3 stars 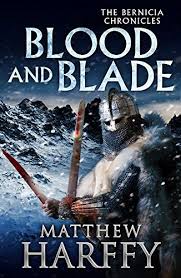 This is book three in The Bernicia Chronicles and the story of a 7th century warrior, Beobrand.  When I read book 2, I said at the end of my review that I was eagerly anticipating the 3rd.   The author did not disappoint me.  Skillfully intertwining fact with some robust and entertaining fiction, Mr. Harffy takes the reader on an interesting ride through Northumbria, Wessex, Mercia and the land of The Picts.  This was a violent and confusing period where warriors still fought for their lords and still sought vengeance for any slights or misdeeds; where the old gods were beginning to lose their sway over the populace as kings converted to Christ and looked for alliances with other Christ minded rulers.  Beobrand is now a renowned warrior in the service of King Oswald and the lord of his own land and gesithas (his personal retinue of warriors), but he still has many enemies seeking to do him harm.  And so, we have a page turning affair redolent in the violence of the age but one also of plot shifts, surprises and new forays into love; reluctant, unexpected, dangerous and forbidden love.  Give yourself a treat, dear reader, if you haven’t started this series, then you owe it to yourself to do so.  The Dark Age of Albion awaits you.  5 stars 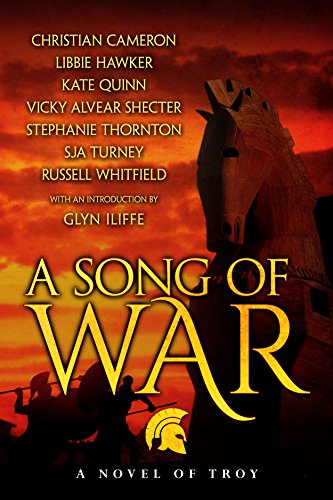 Sing to me oh Muse of black hulled ships full of prideful, hubristic, greedy Achaean’s and the prideful, hubristic, ill-fated Trojans.  In this collaborative novel of the Trojan War, the authors have produced a most entertaining version of the well known tale; giving voice to not only the principles involved (Helen, Paris, Hector, Achilles, etc, etc) but to some of the lesser known but still important characters (Hellenus, Cassandra, Philoctetes, etc, etc).  The authors also give some refreshing insight into the mindsets of the protagonists they were responsible for.  I had to laugh as I read Russell Whitfield’s author’s note as he hoped that some would find his Agamemnon to be pitied rather than reviled.  I laughed because after I read his chapter, I made a note stating that Whitfield almost had me feeling sorry for the bastard.  🙂   The H Team, as they call themselves, have combined their talents once again to produce a story that is imaginative, entertaining and just plain good.  Everything ties together as the story unfolds from the “abduction” of Helen to the heart rending sack of Troy and the escape of Aeneas.  Seven songs from seven authors; seven songs that would make Homer and Virgil proud.  4.8 stars and the highly acclaimed Hoover Book Reviews “When will the next collaboration be written?” award.