The 6th and final book in this fantasy/real world series has the author not only telling tall tales, but also a cautionary tale reflecting the cyclical nature of history – and an uncanny reflection of modern day political madness.  The theme of East versus West with the battleground in the middle is prevalent as the Jade Emperor and the Western Emperor decide they both want to stretch their boundaries, with the land of Inda being the prize.  It is a story filled with irony as the three sons of a minor Inda rajah choose different paths for their lives as the Jade Empire begins it’s conquest.  The irony doesn’t stop there, but I will not say more about that, I will let the reader enjoy the unfolding tension and unexpected developments without any spoilers from me.

In the many books I have read by Mr. Turney, I was always blown away with his mastery of description, and he doesn’t disappoint in this one.  An example is the telling of the monsoon season and the effects it has on the land and on the two armies facing each other across a vast plain they cannot cross.  The differences in the three cultures, the differing approaches to the military; the differences in religion; the differences in the ruling hierarchies – all are exquisitely told.

This has been an exciting and thoroughly entertaining ride through The Tales of the Empire, and I highly recommend it.  4.8 stars 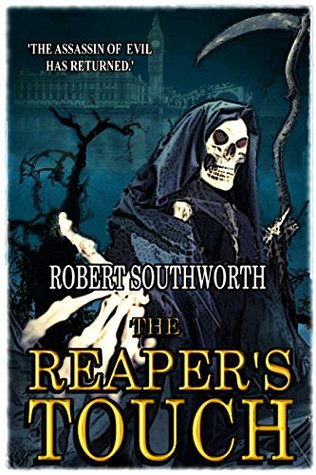 A gripping sequel to say the least.  With the identity of The Ripper still unknown, the author throws out tantalizing hints and creative plot twists, capturing the mood and emotions of everyone involved.  Fast paced action, engaging characters; a tale replete with the sights and sounds of London; it’s vibrancy and it’s decadence.  I was taken in once again by Mr. Southworth’s grasp of the facts and his creative touch on one of the more ghoulish murder sprees London has ever experienced.  Another facet of this tale I like is that the mystery of who is The Ripper hasn’t been solved yet, and that means there will be a third book – that is a good thing to look forward to.  4.7 stars

One of the things I like about historical-fiction is the way an author can take a subject, be that a place, an event, or in this case a person, and tell a story that is so compellingly real that you think you’re reading a non-fictional account.  That is, in the opinion of this humble, yet moderately astute reviewer, precisely what Margaret Skea has done in Katharina – Deliverance.  Little is known of the woman who became the wife of Martin Luther, but by the time I finished this portion of her story, I felt as if she had sprung out from the pages of history, so fully depicted, so fully a part of that time.  As for the historical bits of this early period of Luther’s reformation, I have to admit to a certain ignorance.  Of course, I knew the basics and was aware of the incredible repercussions that resulted, but I was somewhat unaware of the schisms among the reformers, though certainly not surprised.  What the author has done is to skillfully blend the fiction with the fact, and like a good medieval tapestry weaver, leaves no trace of the seams between the two.  4.8 stars  Note: the sequel is expected in 2018, and is already on my ‘to be read list.’

What Cathy Read Next...

I’m thrilled to be hosting today’s stop on the blog tour for A Sea of Sorrow by the team of writers known as the H Team. They have come together to create stories that provide a different perspective on the tale of Odysseus recounted in The Odyssey.

Check out the tour schedule here.

From the tour page you can also enter the giveaway (US only) with a chance to win a paperback copy of A Sea of Sorrow: A Novel of Odysseus.

Odysseus, infamous trickster of Troy, vaunted hero of the Greeks, left behind a wake of chaos and despair during his decade long journey home to Ithaca. Lovers and enemies, witches and monsters – no one who tangled with Odysseus emerged unscathed. Some prayed for his return, others, for his destruction. These are…