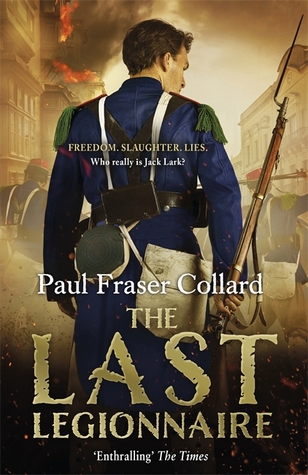 Ahh, home sweet home.  Jack is back in London; back with his mother; back to Mary.  Settled in and working at the gin joint owned by his mother, life has taken a turn for the good for Jack – or has it? The part of London Jack inhabits has it’s own problems, ones that Jack cannot overcome; ones that drive Jack back to The Devil. If you have followed along with Jack Lark, you know that there is one thing that he is good at, killing.  In The Last Legionnaire, Jack finds himself in another war, ostensibly to find a man and get him out of harm’s way and back to England.  A simple enough mission.  Yeah right.  The author has once again crafted a fast paced, emotional drama that had me pulled in by the end of chapter one.  The horrors of war are laid bare in this French versus Austria/Hungary tussle.  The methods of battle that Jack is used to have been changed by the rifling of musket barrels and cannon.  Massive destructive power now enhanced and much more deadly.  Jack is back in his element, though the price is steep; mentally and physically.