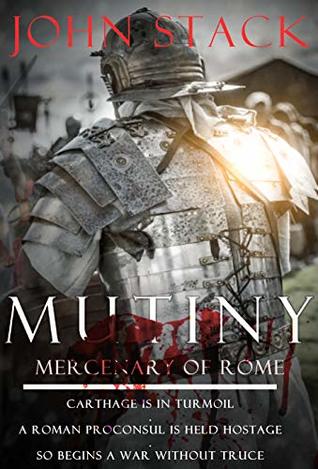 Blurb – from the author:

I have always been fascinated by the tales of forgotten warriors, those whose names are unknown by the very history they shaped. The names of commanders ring throughout military history, but what of those whose skill, bravery and sacrifice are not recorded as individuals; the English longbow-man at Agincourt, the Russian infantryman at Stalingrad or the Irish rebel in the GPO in the 1916 Easter Rising. In creating Atticus Milonius Perennis I found such a warrior.

The inventor of the Corvus, the boarding ramp that allowed the Romans to deploy their legionnaires at sea, has been lost to time. Yet its introduction in the First Punic War, and its effectiveness in overcoming the Carthaginian navy, paved the way for the Roman Republic to break the boundaries of its shoreline and expand its influence over the length and breath of the Mediterranean. Through Atticus, I have sought to tell the story of that warrior in the Masters of the Sea series, the tale of a man who shaped the course of Roman history and yet whose name is not recorded.

The First Punic War was bitterly contested by both sides. Polybius attests to the ferocity of the conflict, and speaks of those who commanded in the field, and at the centre of power in each city. But it was galley fighting galley in the most pitched battles, with individual captains and centurions struggling for each hard fought victory. Atticus and Septimus were those men, individuals who propelled Rome into a new era of influence, and ultimately conquest.

The story of these warriors continues in my new series Mercenary of Rome. The Mercenary War was a direct consequence of the First Punic War and at a time of dire need, Carthage reached out to its former enemy, Rome for assistance. At first Rome was supportive, as was the city of Syracuse, recognising the value of a coherent Carthaginian state on their flank, and so Atticus and Septimus are once more drawn into war. The conflict that unfolded was fought with a violence and cruelty that marked the desperation of both sides, the Carthaginians and the Mercenaries, a divide so deep between former allies that Polybius described it as a ‘truceless war’.

It is into this maelstrom that our characters are thrown, and once again I have found in my research for Mercenary of Rome that behind the names of Roman Senators, Carthaginian leaders, and Mercenary commanders, it is the common soldier, the forgotten warrior, who ultimately sacrificed all for victory.

An intriguing tale of one of the more ironic periods in Roman history. Carthage and Rome allied together to fight a mercenary army that threatens the stability of the Mediterranean area. This despite a fierce hatred, and total mistrust that existed between the two nations. This is no more evident than the relationship between the Roman commander Atticus and Hamilcar Barca. The author skillfully blends the history with a entertaining fictional rendering. The characters are vividly drawn, the action is exciting, in other words, it is what good historical-fiction looks like. The battle scenes are of the no holds barred variety; the sounds and smells, the battle lust seep through the pages. I was especially captivated by the naval confrontations; the snapping of the oars, the in rush of water as the ram tears through the hull – just the kind of page turning adventure I enjoy. Looking forward to book 2.      4 stars