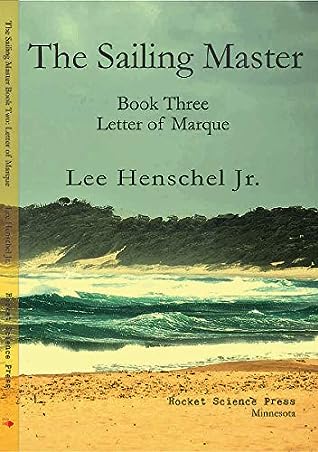 Resolute and genuine, Letter of Marque is a lively tale, sure to entertain and enlighten.The Treaty of Amiens did not start well for Owen Harriet. It’s spring of 1802. The treaty has idled the British navy. Owen’s been sent ashore in London where he soon learns that his inheritance has been stolen and he must survive on half-pay. Owen returns to his childhood home in Newbury. He reunites with his dear brother, Albert, and learns that Becca, his childhood sweetheart, is still in love with him.Letter of Marque, the third book of The Sailing Master saga begins where Owen’s first three years at sea ends. Owen, however, has outgrown Newbury. He sets out in pursuit of his true purpose¬—to become a Sailing Master—unaware of the many surprises that await him, not least of which is a covert mission. His ship, the HMS Eleanor must disguise herself as a West African slaver in a ruse of war. Owen is there when two warring factions forge an armistice on a sandbar in Mesurado River in Monrovia. Later, he must deal with the unexpected return of Theophilé Oignon, his nemesis.

When I began reading this series, I did not know what to expect. I had read the Patrick O’Brian series on the British Navy, so the bar was set pretty high regarding any book written about the same subject and time frame. When I finished the first book, I knew The Sailing Master was in the same league. Letter of Marque is a fitting end to the trilogy; an entertaining read for sure, but also, and this is an important element(IMHO) of good historical-fiction, it is educational. The reader is treated to a geography/navigation/life of a sailor on half-pay, etc., lesson throughout the narrative, but in such a way that the flow of the narrative is undisturbed.

As in the the first two books, the focus is on Owen Harriet. It has been a pleasure to watch his character develop over the years. Now on his own, without his mentor Mr. Lau, he faces a host of problems, not the least of which is the appearance of that nasty piece of work, ‘The Onion’. An exciting tale of the perils of the sea, even in a time of peace. So, my fellow readers, if you enjoyed Patrick O’Brian, you will enjoy The Sailing Master.  5 ⭐⭐⭐⭐⭐