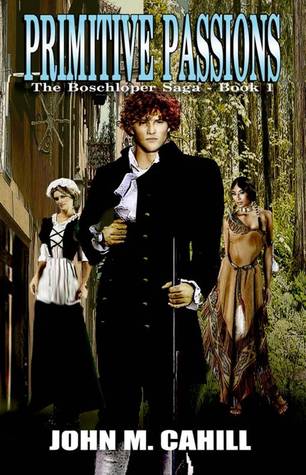 When Sean O’Cathail deserted in New York Harbor in 1681, it was not to become a boschloper. He jumped ship to save his own skin. Getting into the fur trading business was just where he landed. As an Irish refuge hiding out in a Dutch colony now controlled by the English, Sean found he had a knack for diplomacy as he negotiated between the colonists and their Iroquois neighbors. This skill also helped with his love life, torn between courting a servant in town, while sleeping with an Indian lass when in the wilderness.

As the French and their Indian allies encroach ever farther into their territory. Sean’s diplomatric skills will be put to the test. Then, he learns more than a few pelts are at stake!

As an author who writes historical fiction of early America, I was fascinated with this truly enjoyable tale. Leading my interest is the author’s descriptions of the lives of the Iroquois tribes that made up The Five Nations. It is evident that Mr. Cahill has done his homework regarding the ‘savages’, but also in the telling of the nature of the fur trade and its impact on the colonies as well as England and France. A strong mix of history and historical characters with a plot line with surprises and believable fictional characters make Primitive Passions a definite pleasure to read. So, dear readers, take a journey to America’s beginnings, to a time when the beaver pelt trade made or broke men, and drove nations to war. 4 ⭐⭐⭐⭐