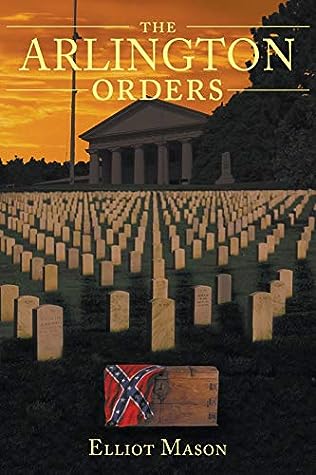 Elliot writes, “In the dying days of the Civil War, an assassination attempt is made on Confederate president Jefferson Davis. Faced with this ongoing threat, the decision is made to evacuate the Southern capital of Richmond, Virginia. Everything must be moved, including the Confederacy’s substantial gold and silver reserves, which must be kept out of Union hands. Thus, a covert plan is devised to transfer it to a secret location. However, during the move, the treasure vanishes without a trace.

One hundred and fifty years later, two historians, Des Cook and Madison Callum, stumble upon clues that could solve one of the war’s greatest mysteries while leading them to the richest and most significant find in American history. But others are searching for it too and will do anything to obtain it.

Now, Des and Madison find themselves entangled in a race that, if they fail to win, would not only result in their deaths but also change the very future of the country.”

A savvy mystery/treasure hunt/thriller – yes, that what The Arlington Orders is, my fellow readers. The long lost Confederate gold spirited away from Richmond before it fell is being hunted by a diverse group of people for a variety of reasons…not all of them altruistic. The story is well paced, and filled with twists and turns in the plot. The characters are well written; interesting and imbued with believable emotional responses and motives for their actions. Page turning suspense sprinkled with edge of the seat action, The Arlington Orders keeps the reader engaged and entertained. You could compare it to National Treasure, but with a villain who is even nastier than Sean Bean. 😎                                        4 ⭐⭐⭐⭐