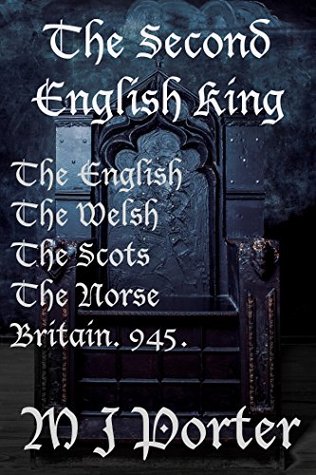 The year is 945 and Edmund of the English, finally coming into his own as the second English king now has the power and the ability to push back England’s borders even further; his eye firmly set on not just retaking the Viking kingdom of York but on the lands of Strathclyde and even the land of the Scots, floundering under its new ruler.

Can Edmund better his older half-brother Athelstan with his hopes of treaty and peace and instead use the power of his sword and the might of his warriors to ensure that this time, England stays whole, that the victory so fleetingly won at Brunanburh in 937, comes to mean more than just a passing phase in the changing fortunes of the petty kingdoms that make up the British Isles?

Seems every man wants to retire to a place they can call their own. For some it is York (Jorvik)…for others it is Scotland…for Hywel it is Wales..for Donald it is Strathclyde…for Edmund it is all of them. A fascinating tale that examines the inner workings and the political maneuverings of a tumultuous period in England’s long and tumultuous history. The author tells the tale through the eyes of the principal characters, and in so doing gives the reader an inside to the thinking processes; the hopes and fears, the desires and the need for revenge, the mistakes and the victories. A definite page turning story awaits you my fellow readers. 4⭐⭐⭐⭐