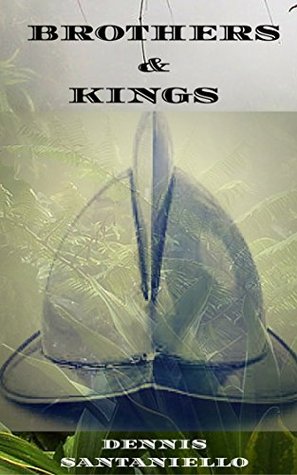 Sardina, a young and idealistic Spanish soldier, accounts his violent and vicious past and his role in the Conquest of the Inca Empire. But when he meets a reluctant Inca King named Manco, he slowly realizes the truth of his hellish reality; a reality of power, greed, and madness.

Set in the dense jungles of 1530’s Peru, this story is about man’s struggle to find his place in a brutal yet mysterious world.

“CONQUISTADORS” is a book trilogy that explores the Spanish conquest of the New World from the years of 1527-1542. The genre is Historical Epic, and the storytelling is wide in scope with various characters and events unfolding within spans of years. The story is told from a truly dualistic point of view, from both perspectives of the Spanish and the Natives.

Each story in the trilogy depicts a different Spanish expedition, but in the end, this is Sardina’s story. We follow Sardina through the jungles of Peru, to the vast Arizona deserts, to the Mississippi River; seeing his transformation from a young idealistic soldier to harden veteran, and later to a self-realized individual.

Thematically, all stories are about the sacred vs. the profane, and each story follows a certain pattern: conquest, obsession, and madness. Other aspects are also explored: including religion, (of both the natives and the Spaniards), the realms of power, violence, cruelty, and the angst of those trying to find meaning.

While the depiction of the Pizzaro/Almagro expedition to enrich the Crown, and themselves, at the expense, and fate, of the Inca Empire in Peru provides the impetus to this fascinating tale, it is the introspection of the characters, especially Sardina, that glues the reader to the pages. The human frailty of power seeking greed is powerfully portrayed leaving open the very hearts and souls of the victims of that most hideous human frailty. The jungle, however, is loath to give up it’s secrets – the mythical/magical El Dorado – the price for the gold they crave is a high one indeed. A page turner awaits, my fellow readers.  4 ⭐⭐⭐⭐

In the year fourteen hundred and ninety two, Columbus sailed the ocean blue.  Much is made of that historic voyage, a tremendous achievement no doubt, but with some unexpected consequences both for the crews of the ships and most especially for the inhabitants of the lands they came to.  The River of Corn is a story of Hernando De Soto arriving in what is now the Saluda River region of South Carolina in 1540 and his search for gold.  The author has the Conquistadors confronting the indigenous peoples of the area (Chicora, Ocute and Chalaque) in typical European fashion; taking what they want with impunity and violence.  Besides the antagonistic Spaniards, the story revolves around a black slave, a young Chicora warrior and a wise Chicora queen and their attempts to thwart not only the invaders from across the Great Water but also their enemies the Chalaque.  Without giving away too much of the plot, the story tells of their ingenuity in the face of great danger and the unknowable consequences of their contact with Soto and his men.  The descriptive power of the author is to be admired as he paints an Edenistic portrait of the land and wildlife that existed in fertile and plenteous abundance before the arrival of the European seekers of riches.  Indeed, this is a wonderful tale of what life was like in 16th century southeast America and while it is fiction, it has the ring of possible truth.  5 stars and a hearty Hoover Book Review recommendation.