Three Enemy Tribes.
Two Squabbling Chieftains.
One Shattered Skull.
Wise woman, Meliora is grief-stricken and angry. Her nephews can’t agree over how to protect their people from imminent attack. The camp is in chaos and more vulnerable than ever.

A deal made in haste with their allies from the top of the world could be their salvation or their downfall. Have they opened their doors to friends or foes?

Can they defend themselves against such overwhelming odds?

Grab book three in the Tribes of Britain series and continue the journey into the brutal and thrilling lives of the Dumnonii.

Twas a harsh existence in Dark Age Britain, and that’s without the tribal conflicts. The author has brought forth a scintillating view of that time period weaving together a tale that brings together every facet of life; from trade, tribal alliances, the everyday tasks to survive, the adherence to a pantheon of blood thirsty gods, and the savagery of warfare. In this episode, Meliora is taxed seemingly beyond her limit by all of the strife, stress, untold secrets, family divisiveness, and the demands put on her as a healer. In a spell binding way the author leads the reader through the various plots, subplots and challenges facing Fur Benyn and her people. Another definite hard to put down tale awaits you my fellow readers of the Tribes of Britain…oh yeah, the cliffhanger ending…can’t wait to read book 4. 5 Stars

Three lucrative trade deals. Two noble Phoenicians. One lethal curse.
Wise woman, Meliora, is afraid for her life. Revealing what she knows will get her killed. Her only chance is to leave camp and join her nephew on a crucial mission across the Channel.

Prince Suliaman from Tyre is in urgent need of a cure. The healing stones at the top of the world could provide relief if Meliora and her nephew can lead them safely across tribal lands.

Are these genteel foreigners all they seem or are more sinister forces at play?

Has Meliora swapped one perilous situation for something far worse?

Join her in the quest of a lifetime, as she navigates cultural clashes and ritual slaughter in book two of the Tribes of Britain series.

A fascinating adventure following hard on the ending of book 1, Meliora finds herself and companions in the company of a cursed nobleman and his fearsome god of the East. It’s one of those tales that barely allows the reader time to take a breath before the next in a page turning series of troublesome events occurs, all of which are leading up to a most traumatic experience for all involved. What you’ll find, my fellow reader, is a twisted path of surprises along the way in this bronze-age journey. An age of superstitions, and yet surprisingly tolerant of the beliefs of others. The author continues to build the drama; as one problem is solved another arises, to the point where things are looking up…and then the last page… Book 3 already has its hooks in me and I haven’t even started reading it.😊 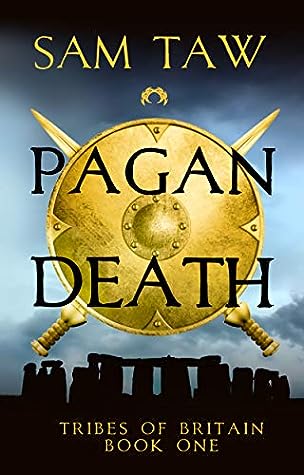