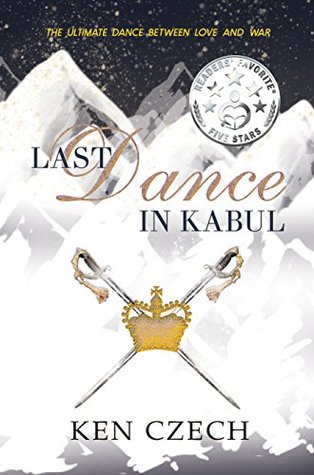 The Ultimate Dance Between Love and War

When his superiors ignore his warnings of an impending Afghan insurrection in 1841, British army captain Reeve Waterton vows never to return to Kabul. But then he rescues strong-willed Sarah Kane from an ambush and his plans for civilian life and self-preservation unravel around him.

At first Reeve dislikes Sarah as much as she loathes him. She’s as impudent and disdainful of authority as he, plus she’s betrothed to his bitterest rival.

It’s only after Reeve’s closest friend is brutally murdered and the Afghan tribes explode in revolt that he and Sarah discover their desperate need for each other. When the retreating British army is caught between the jaws of Afghanistan’s blizzard-wracked mountain passes and hordes of vengeful tribesmen, Sarah and Reeve must rely on their skills, courage, and blossoming love just to survive.

An intense tale of the British in Kabul Afghanistan in 1841, and the insurgency that drove them out, Last Dance in Kabul had my attention riveted from the start.  The characters are well developed, as are the story lines. I was impressed with the historical aspect of the tale as well, and with the pure drama of the action throughout the book; especially in the climatic retreat through the mountains. I am always grateful for books that highlight a period or event in history that I am not familiar with. The British in Afghanistan is not a subject brought up much in American history classes; though it probably should be taught if just to highlight what a nightmare it is to invade that country. Ask Alexander, or the Russians, or the British(more than once), or the Americans deployed there now.  Last Dance in Kabul is a cracking read; enjoy the drama, the romance, and be prepared to be shocked at the warfare. 5 stars 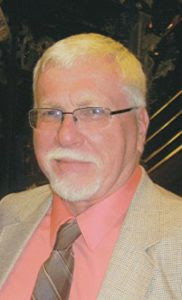 Dr. Ken Czech is a retired history professor and an internationally recognized authority on the historical literature of exploration and sport. His passion, however, has turned to writing fiction. He and his wife Mary live in Central Minnesota on an abandoned granite quarry.

For more information, please visit Ken’s website. You can also find him on Facebook, Amazon and Goodreads

Even as a civilian Jack Lark finds himself enmeshed in mayhem.  Caught up in a large scale mutiny by native contingents of the British Army in the city of Delhi, Jack is thrust once more into the gaping maw of bloody warfare.  As in the other books in this enthralling series, the author doesn’t stint when it comes to the brutality on a battlefield, nor in Jack’s battle lust inspired prowess at killing.  The author also continues to refine Jack’s character to a point where the reader can really begin to feel the anguish he suffers; the joy of having someone to live for and the pain that results from it, the conflicting emotional results of his place in the army.  Does he belong there?  Does he belong anywhere?  Many were the times I had to put the book down (okay, close my Kindle), and take a breath.  This series started out great; it has only gotten better. I, for one, can’t wait to read the next one.  5 stars

I’ve read some books that are slow out of the gate but build momentum as the pages turn…this is not one of those…this one starts fast and never lets up.  The action is relentless, whether it’s Jack one on one (or 2 or 3) with an adversary or whether it’s a full blown battle scene, the author keeps you riveted.  Now, that’s not to say that this the only reason for reading this book…not at all.  Mr. Collard incorporates some nifty plot twists and surprises to keep the reader guessing.  Briefly, Jack, through circumstances I won’t divulge for spoiler reasons becomes seconded to an army spymaster affectionately known as The Devil.  There is a spy or spies in the camp of the British force in their conflict with Persia and it is Jack’s job to ferret the spy or spies out before a major battle.  I thought I had it figured out, indeed I did have it figured out…oh but wait; no I didn’t…that’s what I loved about this book, the way the author plays out the final scenario.  In addition we get a further glimpse into what makes Jack tick and I suspect that will continue as the series progresses.  Kudos to the author for another sterling effort.  5 stars

Jack is back.  He survived the Alma River battle on The Crimean Peninsula and being the enterprising and resourceful person he is, assumes the name and rank of an unfortunate Captain who perished before reaching his post in India.  The British colonization of India is not a subject I have read much of, in fact my knowledge of the period can be attributed to Sean Connery, Michael Caine and Rudyard Kipling in the movie The Man Who Would be King, so it was with eager anticipation that I read the second volume of this splendid series; not only because of the location but I wanted to find out how our hero fared in his new disguise.  He emerged from book one knowing that he could indeed lead men in battle and that he is an accomplished killer, both attributes are put to good use in The Maharajah’s General.  Mr. Collard has written a tale that is an easy flowing, riveting one that is hard to put down once you pick it up.  The character of Jack Lark continues to develop into one of my favorite historical-fiction protagonists, one who becomes more sure of himself as he continues the path of deception he has chosen, though it does play a little havoc on any long term relationships.  🙂  5 stars with a Hoover Book Review admonition – read this series, I for one will be continuing with it in book 3, The Devil’s Assassin.