“President Lincoln is assassinated in his private box at Ford’s!”

When those harrowing words ring out during a children’s entertainment in Washington, D.C. the evening of Friday, April 14, 1865, a quick-thinking young English chemist named Holmes grabs Tad Lincoln, the 12 year-old son of the dying President and races the boy out the theater and into a city convulsed by the shooting of the man known as the Great Emancipator—and soon finds himself on the hunt for John Wilkes Booth.

This is the extraordinary untold story of how that young chemist and a freed slave boy named Abraham tracked Booth through backwoods Maryland and across the Potomac River to the tobacco barn where Booth died.

It is the very first case of the detective we now know as Sherlock Holmes.

And as we learn in One Must Tell the Bees, it is nothing like his last…

I cannot claim to be any kind of expert on Sherlock Holmes. I’ve never read any of the Arthur Conan Doyle novels; indeed my only real exposure to Holmes has been on television. I remember watching old Basil Rathbone movies as a kid, loved the Disney film, The Great Mouse Detective; saw a few of the Benedict Cumberbatch Sherlock episodes, and that’s about it. As for the American Civil War, I am not a ‘professional’ historian, but I have been reading and studying American history all of my life – indeed my major in college was History, and it is a pursuit I have kept active for 60+ years. So when I received a request to read and review One Must Tell the Bees, it was the Civil War/Lincoln aspect that convinced me to accept it. However, it was clear early on, in this scintillating tale, that the Holmesian twist, and the subsequent telling of the last days of Sherlock Holmes, had me totally in thrall. This powerful imagining by the author not only entertains with the story, but it is chock full of superbly written characters. The historical figures loom large in this tale, and are portrayed in a realistic manner, but the thing that I find most impressive (and something I look for in every historical-fiction book I read) is that the fictional characters are crafted in such a way as to make them appear to be historical as well…and that, my fellow readers, is the mark of excellent storytelling where the line between history and fiction has vanished into the realm of believability.

Not being an aficionado of the Sherlock Holmes genre, I am at least acquainted enough with his demeanor/mannerisms/his familiar attire, etc., to recognize that One Must Tell the Bees brings Arthur Conan Doyle’s Holmes to life as surely as the new garden varietals brings Holmes’ bees back to the hives. Like pollen laden bees, and the hives bursting with honeycomb, the pages are redolent with superb storytelling that kept this reader more than entertained, it was nourishment for the soul. 5 ⭐⭐⭐⭐⭐

The past calls to those who dare to listen…
An invitation arrives; Abbey Coote, Professor of American Studies, has won an extended stay in an historic B&B, Pine Tree House. The timing is perfect. Abbey is recovering from an accident which left her abusive boyfriend dead and her with little memory of the event.
But her idyllic respite soon takes a terrifying turn. While exploring the house, Abbey comes face to face with Mary Foss, a woman dead for 350 years. Through a time/mind interface, Abbey experiences the horrors of Mary’s life, living at the edge of the civilized world in the 1690’s New England.
As Abbey faces her worst fears, she struggles to free them both from the past.

Let me start by saying thanks to the author for inviting me to read this marvelous story. The dual timeline drew me in, and left me in awe of the descriptive ability the author provides. Not only the amiable, historic, current day events and locales, but the eye opening detail of life in a beautiful, but savage wilderness in the late 17th century, It is a tale that incorporates a series of supernatural events that allows the past to be viewed by the protagonists in the present. As the book progresses we learn more of the brutal existence of a woman trapped by the societal norms of male and religious domination. It is also a tale of two tragic loves, and of the search for healing. I really enjoyed the steady flow of the book. Well it steadily gets a little more dramatic with each chapter, and compels the reader to keep on going. Great characters, an imaginative narrative full of surprises, and wonderfully crafted imagery, The Heron is a page turning delight. 5⭐⭐⭐⭐⭐

The ground level truth of the most massive and brutal battle of World War II. It begins with: “Sacrifice. Slaughter Stupidity.”

I’ve been a student of history all of my life. From the kitchen table talks with my Dad about WW2 & Korea to majoring in ancient history in college, I’ve always been keen on reading books that buck the trend of the whitewashed, text book, winners write the history ilk. The Mules of Monte Cassino certainly qualifies as trend bucking as the author presents a sardonic look at an unfathomable set of military decisions in southern Italy. Decisions based on ego and distrust of one’s allies resulting in thousands of needless deaths and the destruction of the famous Benedictine monastery. Powerfully descriptive, the author leaves nothing to the imagination as he follows the ‘mules’ across impassable rivers, boot sucking mud, precision artillery & sniper fire from the defenders; not once, but four times. While I don’t enjoy reading about the repeated stupidity of the human race throughout history, it is after all rather hard to avoid, I do enjoy reading creative narratives. Mules certainly has that. Written in a Vonnegut-like fashion, the tongue in cheek attitudes of the narrator and two participants in the battles are an absolutely delightful breath of fresh air. It’s books like this that should be taught; a little irreverent, but certainly more honest than typical text books or the recently released (and subsequently shutdown by a new administration) 1776 Commission Report. So, my fellow seekers of historical truth, The Mules of Monte Cassino is the non-fiction version of Slaughterhouse Five and Catch-22, and is well worth your reading time. 5 ⭐⭐⭐⭐⭐

A life and death struggle for control of the skies

Claire Lamb believes she is as good as any man and being a member of the Women’s Auxiliary Air Force gives her the opportunity to prove it. Harry Smith joins the Royal Air Force because he wants to fly. Frank Trent, an American pilot, risks prison to join the fight against Nazi Germany.

When Hitler invades Poland, he begins a conflict which eventually engulfs the whole world. Within eight months his army and air force conquer most of Europe.

Only one adversary remains. Great Britain, led by Winston Churchill, refuses to surrender. Yet people fear that, in the coming weeks, the German Luftwaffe will bomb British cities to rubble and strew the country with poison gas.

Worse yet. A huge German army prepares to cross the English Channel to conquer its last remaining enemy.
One foe stands in their way. The Royal Air Force remains defiant. Hitler is reluctant to attempt an invasion while the RAF controls the skies above England. He unleashes the hitherto all-conquering Luftwaffe against it.

Throughout the summer and autumn of 1940, three thousand RAF pilots, the men Churchill called the Few, fight a grim life and death struggle for command of the skies. They are supported by the courageous and unstinting effort of thousands of others, many of them women.

The Battle of Britain will decide the fate of the world.

A thoroughly enjoyable tale that brings to life the phenomenal effort by the British RAF to deny Hitler the chance to even try an invasion. The lives of the men and women who met the challenge is the focus of the story, and the author has brought to life an amazing group of characters. The full gamut of emotions on display make them all the more believable, all the more down to earth, as they deal with the stress, the fears, the loss of friends and loved ones. It is an amazing display of courage and determination, a never wavering faith in their abilities. One incident that made me chuckle, despite the seriousness of the situation, was Officer Claire Lamb chastising Winston Churchill when he was about to light up a cigar in the bunker/plotting room. It seemed like a classic Churchill moment, flustered and amazed at the temerity of this person ordering him about, and his meek acquiescence. That’s just one example of the wonderful byplay between these courageous defenders of Britain’s skies. Tis an excellent read, a page turner for certain, and a glimpse at a historical event that changed the course of the war. 5 ⭐⭐⭐⭐⭐ 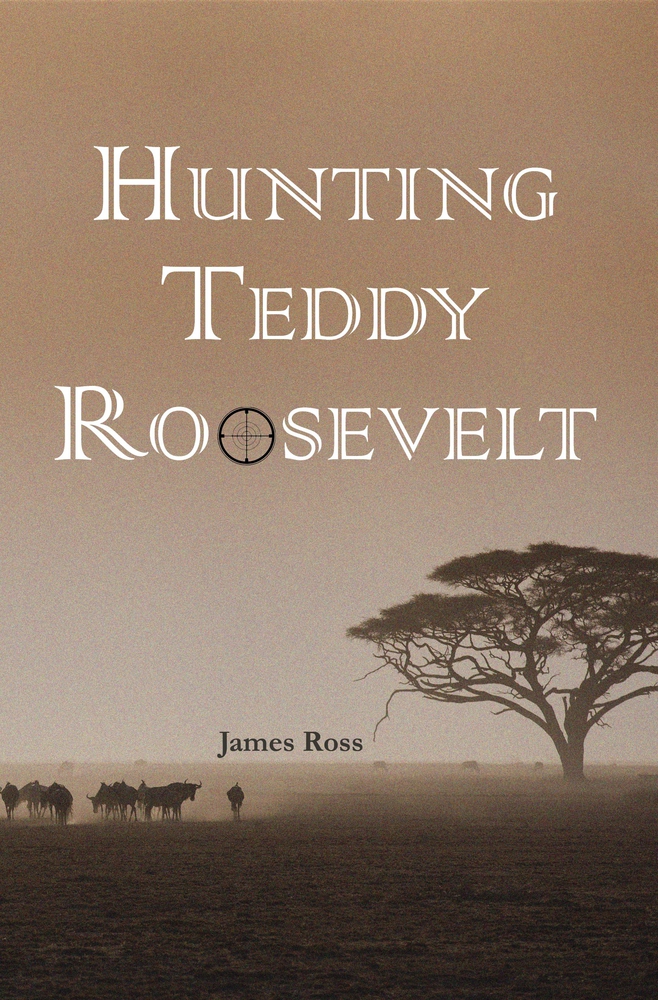 It’s 1909, and Teddy Roosevelt is not only hunting in Africa, he’s being hunted. The safari is a time of discovery, both personal and political. In Africa, Roosevelt encounters Sudanese slave traders, Belgian colonial atrocities, and German preparations for war. He reconnects with a childhood sweetheart, Maggie, now a globe-trotting newspaper reporter sent by William Randolph Hearst to chronicle safari adventures and uncover the former president’s future political plans. But James Pierpont Morgan, the most powerful private citizen of his era, wants Roosevelt out of politics permanently. Afraid that the trust-busting president’s return to power will be disastrous for American business, he plants a killer on the safari staff to arrange a fatal accident. Roosevelt narrowly escapes the killer’s traps while leading two hundred and sixty-four men on foot through the savannas, jungles, and semi-deserts of Kenya, Tanzania, Uganda, Congo, and Sudan.

Everything I’ve read or heard about Teddy Roosevelt paints him as a larger than life, irrepressible force of nature. In Hunting Teddy Roosevelt, the author adds to that persona a man of honor, loyalty, and compassion. It is a taut, exciting thriller of a tale full of wonderful episodes on the African plains and in the steamy, critter filled jungles. The main plot is an assassination attempt on Teddy setup by three of the most powerful men in American industry – mightily put out at Roosevelt for his trust-busting activities, and to make sure that Teddy doesn’t run for President again, they want him to not return from his self imposed ‘exile’ from American politics. I fell in love with the varied array of characters the author has placed around his ebullient protagonist…the meddlesome, fiercely determined Hearst newspaper journalist; his devoted, yet flawed son; a city bred assassin completely out of his element on an African safari; unscrupulous captains of industry; Boers, and Sudanese bandits… An easy flowing narrative for the most part, even with the numerous action scenes of hunts and skirmishes with bandits, the author had me stop and gasp occasionally, e.g. stalking a leopard in the dark…that scene is a fine example of the detailed description, and sudden pulse pounding action that permeates the pages of this breathtaking tale. So, my fellow readers, put on your slouch hat, make yourself comfortable and prepare to be entertained in a Bully fashion.  5 ⭐⭐⭐⭐⭐