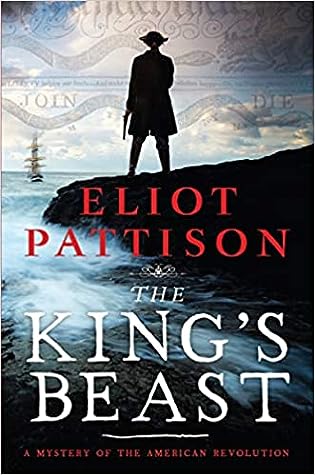 When Duncan McCallum is asked by Benjamin Franklin to retrieve an astonishing cache of fossils from the Kentucky wilderness, his excitement as a naturalist blinds him to his treacherous path. But as murderers stalk him Duncan discovers that the fossils of this American incognitum are not nearly as mysterious as the political intrigue driving his mission. The Sons of Liberty insist, without explaining why, that the only way to keep the king from pursuing a bloody war with America is for Duncan to secretly deliver the fossils to Franklin in London.  His journey becomes a nightmare of deceit and violence as he seeks the cryptic link between the bones and the king. Every layer that Duncan peels away invites new treachery by those obsessed with crushing American dissent. With each attempt on his life, Duncan
questions the meaning of the liberty he and the Sons seek. His last desperate hope for survival, and the rescue of his aged native friend Conawago—imprisoned in Bedlam—requires the help of freed slaves, an aristocratic maiden, a band of street urchins, and the gods of his tribal allies.

A rousing tale of that politically turbulent period between The French & Indian War, and The Revolutionary War. Replete with characters who draw the reader into the drama; finely honed to reflect the time and place, full of the respective cultures they portray. The temerity of the British aristocracy; their seeming never ending condescending attitude to any colonial, even transplanted Englishmen, is on full display in this quest for dominance over anything that happens in the colonies. A secret mission for Ben Franklin sets Duncan on a emotionally charged road to unravel the mysteries thrust at him in often violent fashion. Loaded with the spiritual beliefs of the Native tribes, The King’s Beast is also a detailed and well researched lesson on the cultures which had survived centuries before being “discovered”, and the insurmountable odds against their continued existence.  Among the historical characters given life by the author, Franklin shines as a somewhat absent-minded, eccentric genius. His naivete is a refreshing look at a complicated man, though it does create more problems for Duncan to sort out. One of the main plots is the locating and rescuing the aged Nipmuc elder, Conawago. The difference in spiritual beliefs is highlighted in this quote from a young frontiersman, Daniel Boone, “”The tribes talk about the spirits in the trees and the gods in the forest.” Boone looked upward as he spoke, into the limbs of the aged tree. “I heard a preacher once tell a warrior friend of mine that such talk is sacrilege, that there’s no room in the Bible for such things. My friend said that’s because the men who wrote his Bible lived in the desert” It is this spiritual void that Conawago has become entrapped and provides a most thrilling escape – a fitting example of the page turning effect this book has on the reader. This was my first venture into the Duncan McCallum tales, it won’t be my last.