As twilight descends on the 3rd century AD, the Roman Empire is but a shadow of its former self. Decades of usurping emperors, splinter kingdoms and savage wars have left the people beleaguered, the armies weary and the future uncertain. And into this chaos Emperor Diocletian steps, reforming the succession to allow for not one emperor to rule the world, but four.

Meanwhile, two boys share a chance meeting in the great city of Treverorum as Diocletian’s dream is announced to the imperial court. Throughout the years that follow, they share heartbreak and glory as that dream sours and the empire endures an era of tyranny and dread. Their lives are inextricably linked, their destinies ever-converging as they rise through Rome’s savage stations, to the zenith of empire. For Constantine and Maxentius, the purple robes beckon…

Simon Turney is the author of the Marius’ Mules and Praetorian series, as well as The Damned Emperor series for Orion and Tales of the Empire series for Canelo. He is based in Yorkshire.

Gordon Doherty is the author of the Legionary and Strategos series, and wrote the Assassin’s Creed tie-in novel Odyssey. He is based in Scotland.

For years I’ve been hearing and reading from these two authors about this combining of their talents. That they would be producing a spectacular, earth shaking, literary masterpiece.(Editor’s note – a bit of hyperbole in that last sentence,) For years I waited, curiously excited, anticipation running rampant…for years I hungered for news of this tome of the ages, and with every passing week, my expectations grew…the bar has been raised. When the long awaited tale finally made its way to my Kindle, I expected to be overwhelmed by it….and I was. A riveting tale from start to finish, the sheer scope and drama that arises from the forming of a Tetrarchy to rule the vast Roman Empire, sets the scene for tragic decisions and betrayals. (Editor’s note – finish? This tale ain’t finished yet.😊 ) Seamlessly put together, the chapters lure the reader to keep turning the pages from the view of Maxentius to the view of Constantine. It was a complicated time in Rome’s history, and the goal of assuring a peaceful succession of emperors, was a rousing failure. The characters are an interesting display of differences, though there are similarities especially the cruelties of Diocletian and Galerius, but in the end they all crave power – some coming to that reality sooner than others. This tale not only relies on the historical records, but the scarcity of those records, oftentimes conflicting to boot, offers the creative mind a chance to mine the possibilities, creating credible results. Simon and Gordon are masters at that and the blending of their talents is an obvious success. (Editor’s note – Simon and Gordon – sounds like a 60’s Pop Duo.😊) My only issue with Sons of Rome is that it took so long to come out…I mean it’s not as if the authors have other projects they are pursuing. So, on with book 2, please. 5⭐⭐⭐⭐⭐ (Editor’s note – I have it on good authority that the two authors are as busy as beavers in a virgin birch forest working on many projects.) 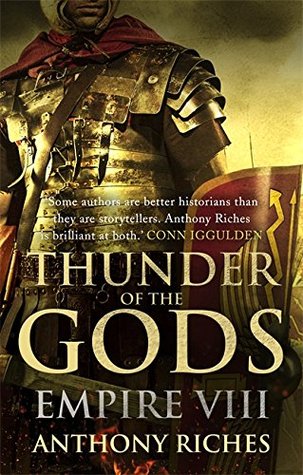 With Rome no longer safe Marcus and the Tungrians are ordered east, to the desolate border lands where Rome and Parthia have vied for supremacy for centuries.

Ordered to relieve the siege of an isolated fortress, their task is doomed to bloody failure unless they can turn the disaffected Third Legion into a fighting force capable of resisting the terrifying Parthian cataphracts.

And Marcus must travel to the enemy capital Ctesiphon on a desperate mission, the only man who can persuade the King of Kings to halt a war that threatens the humiliation of the empire and the slaughter of his friends.

The thing that impresses me the most, I think, and is an important element in my own fiction writing, is the author’s amazing ability to keep a long series fresh, vibrant, exuding an anticipatory eagerness. This is the 8th book in the Empire series; an adventure to the East to face Rome’s longtime rival, Parthia. By now, the familiar cast of characters are just that, familiar to the reader, almost family like even. The plots are skillfully/creatively written…the battles are exquisite…etc, etc, etc. I don’t know that I can add much more to the hundreds of reviews already posted…this is, to put it succinctly, another masterpiece of historical-fiction. 5 ⭐⭐⭐⭐⭐ 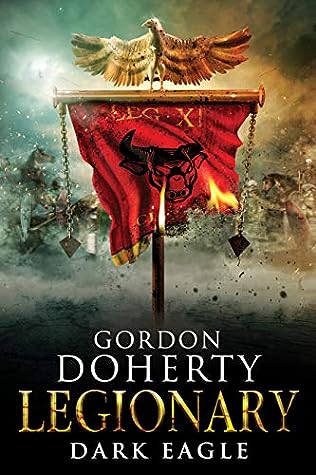 What hope has one forgotten soldier of bringing an emperor to justice?

Winter, 382 AD. The Gothic War is over. After years of bloodshed, the Eastern Roman Empire and the Goths have struck a deal for peace. Imperial heralds crow about the treaty as if it were a triumph. Feasts and celebrations take place across the Eastern provinces. Every hero of the war is honoured and acclaimed… except one.

Tribunus Pavo languishes in exile, haunted by a dark truth: that it was Gratian, Emperor of the West – the most powerful man alive – who caused the war and manipulated its every turn. Tormented by memories of loved ones lost during the great conflict, one word tolls endlessly through Pavo’s mind: Justice!

But in this great game of empire, justice rarely comes without a grave cost

With all of the strife the XI Claudia has faced in the previous episodes of the Legionary series, one might think that they could use a break. After all, there is now peace with The Goths, The Huns are being contained; a time to recoup and recover from their travails. However, that would be a rather dull story. Thankfully, the author feels the same way, though I did question him as to what the XI Claudia, and Pavo in particular, ever do to him as Dark Eagle sends them through hell and then some. What transpires is a page turning tale of courage, loyalty, and most of all, survival. A plot line that is rarely straight, is full of surprises, and beckons the reader to feel the pains, the agonies, and even the joys of this resilient group of dedicated legionaries. Indeed, my fellow readers, there were times I had to stop and wonder, “How are they gonna get out of this one?” An excellent addition to the Legionary series awaits you.  5 ⭐⭐⭐⭐⭐ 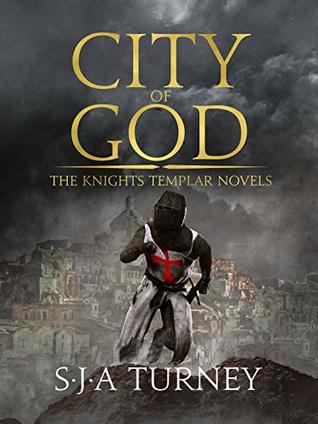 Journey to the heart of an empire: a jaw-dropping historical adventure from master storyteller S.J.A. Turney

Arnau de Vallbona and his fellow Templar Brother Ramon are bound for the Holy Land to take part in the great Crusade when fate intervenes.

Delayed in Cyprus, they learn of a growing rift in Christendom: the crusading army has diverted from its course and threatens Rome’s allies in the Byzantine Empire. Arnau and Ramon, alongside the irascible Preceptor Bochard, race to Constantinople, encountering a grand and crumbling world of alliances and betrayals, emperors and armies.

The fate of the world is at stake. As Christian forces inexorably collide, Arnau is caught in the middle of an epic siege of the greatest city in the world. He will be tested to his limits: follow his vows… or do what’s right?

A novel of awe inspiring scale, battle and story, this is a masterly telling of one of history’s great turning points from S.J.A. Turney, perfect for fans of Bernard Cornwell, Michael Jecks and K. M. Ashman

When I grow up I want to be able to write historical fiction tales like Mr. Turney. City of God is another example of the author’s prowess at putting words on a page; words that compels the reader, exhorts the reader, to keep turning those pages. In this tale we are taken to the historic fall of Constantinople, where Arnau is caught not only in the Frank/Venetian siege of the city, but also in the horns of a dilemma – the battle of an unwavering obedience to a rigid code versus the moral obligations inherent in the realities of the situation. Richly detailed, thoroughly researched, dramatic action, a plot dripping with irony and surprises, and characters who stand out from the page, City of God has it all.