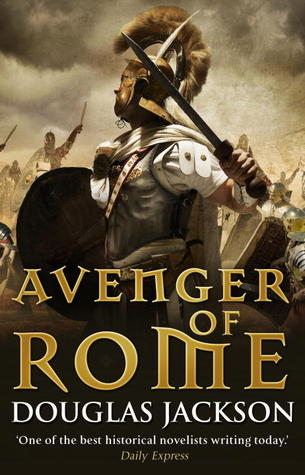 Emperor Nero’s grip on power is weakening. In every shadow he sees an enemy and like a cornered animal he lashes out at every perceived threat. His paranoia settles on the figure of Gnaeus Domitius Corbulo, Rome’s greatest General who leads the imperial legions in the East.

So popular is Corbulo with his men that he effective presides over an Empire within an Empire. Is Corbulo preparing to march against Rome and take the purple?

Gaius Valerius Verrens, Hero of Rome, is ordered to Antioch with the power of life and death over Corbulo, a soldier he worships. There he finds word of his mission has preceded him and every man’s hand is turned against him. But Corbulo’s eyes are not on Rome, but on a new threat to the Empire’s border. The Parthian King of Kings, Vologases, is marching to war and with such an army that if not stopped he might overwhelm the entire Roman east.

Valerius marches at Corbulo’s side. Outnumbered they make a stand in the barren wastes beyond the Tigris to meet Vologases in an epic contest of military might and ingenuity that will decide the fate of the Empire. And while he fights for the Empire, and for his own survival on the battlefield, Valerius must decide whether to complete his mission, or risk incurring his Emperor’s dangerous wrath.

Once again I find myself way behind in a captivating series, though I suppose that’s understandable. A little background – I first came across Douglas Jackson’s books while searching for Roman fiction and read his Claudius and his Caligula books and enjoyed them so much I searched for more. That search uncovered a multitude of extraordinary authors dabbling in Roman fiction (e.g. Ben Kane, SJA Turney, Gordon Doherty, Robert Fabbri, Simon Scarrow, LJ Trafford, Anthony Riches, Harry Sidebottom, et al) thus my reading spread out over many authors in the same genre. Thus I am lagging behind because these authors keep writing books I cannot ignore. Anyway, in this installment of the Verrens series, the author has penned a real page turner. The plot/subplots are full of surprises and keep the readers on their toes(or maybe on the edge of their seats) … the struggle to survive a shipwreck…the tense atmosphere surrounding Verrens arrival at Corbulo’s headquarters…the sheer scope of the battle… Yes, this is a heart pounding tale that is hard to put down. What with the fall of Nero and the Year of the Four Emperor’s waiting in the wings, I can’t wait to get into book 4.  5 ⭐⭐⭐⭐⭐