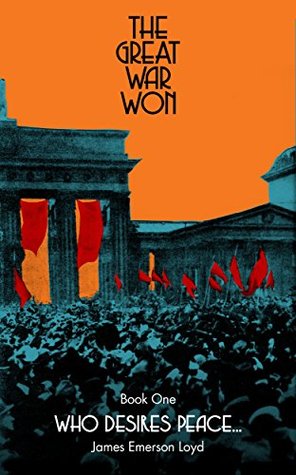 A meticulously researched tale of WW1, The Great War Won is a page turning look at the year 1918 and the behind the scenes machinations of the various powers attempting to end the war. The tale is told mainly through the eyes of a German Intelligence Officer, General Von Treptow, though not exclusively as Britain’s Minister of Munitions, Churchill, and the newly arrived American commander, General Black Jack Pershing are also part of the narrative.  The characters are a joy to read; from those in the military to the many civilians involved in the action and suspense.  Fast paced action, witty repartee and a historical perspective that delves into the collapse of Russia and the rise of the many Socialist/Bolshevik factions seeking to destroy the world order makes for not only an entertaining read, but an informative one as well.  While the plots, subplots, and various twists and turns thereof kept this reader enthralled, I was also taken by the flashbacks to points earlier in the War – the Churchill encounter during The Battle of the Somme is but one fine example of background character development utilized by the author.

I didn’t know what to expect when I was approached to read and review this story (the first of a trilogy).  WW1 hasn’t typically been an era I usually read about, but Mr Loyd has reeled me in.  I will definitely be reading the remaining two book in the series.  4.7 Stars