8th Century Sweden: Erlan Aurvandil, a Viking outlander, has pledged his sword to Sviggar Ivarsson, King of the Sveärs, and sworn enemy of the Danish king Harald Wartooth. But Wartooth, hungry for power, is stirring violence in the borderlands. As the fires of this ancient feud are reignited Erlan is bound by honour and oath to stand with King Sviggar.

But, unbeknownst to the old King his daughter, Princess Lilla, has fallen under Erlan’s spell. As the armies gather Erlan and Lilla must choose between their duty to Sviggar and their love for each other.

Blooded young, betrayed often, Erlan is no stranger to battle. And hidden in the shadows, there are always those determined to bring about the maelstrom of war…

Erlan is an outsider with a mysterious past (hint- I hadn’t read A Mighty Dawn, the first book in the series, before reading A Sacred Storm, but will certainly rectify that soon) who becomes a favorite warrior and adviser to the Svear King Sviggar.  To say that Erlan is a complex, and tormented character is an understatement. He is a fierce warrior with a crippled ankle, a troubled past, conflicted by oaths, doubt filled thoughts about the gods, and is in love with a woman he cannot have. The story centers around a blood feud between two kings; Sviggar and Harald Wartooth, the Danish King, but is also replete with subplots that ripple throughout the tale providing not only excitement and drama, but also provides impetus to the exhilarating climatic chapters. Indeed, the last quarter of A Sacred Storm is a pure, page turning, emotional ride of battle lust, revenge seeking and sorcery. The author has created a thoroughly enjoyable tale complete with an interesting cast of characters; the irrepressible Kai, the jovial Einar Fat Belly, the beautiful but haunted Lilla, and especially the masterfully evil Saldas. I am looking forward to catching up with Erlan’s past and with his future.  5 stars

Theodore Brun studied Dark Age archaeology at Cambridge, where he graduated with a BA in Archaeology and Anthropology and an MPhil in History. Professionally, Theodore qualified and worked as an arbitration lawyer, in London, Moscow, Paris and finally Hong Kong. In 2010, he quit his job in Hong Kong and cycled 10,000 miles across Asia and Europe (crossing 20 countries) to his home in Norfolk. Theodore is a third generation Viking immigrant – his Danish grandfather having settled in England in 1932. He is married and lives in London. 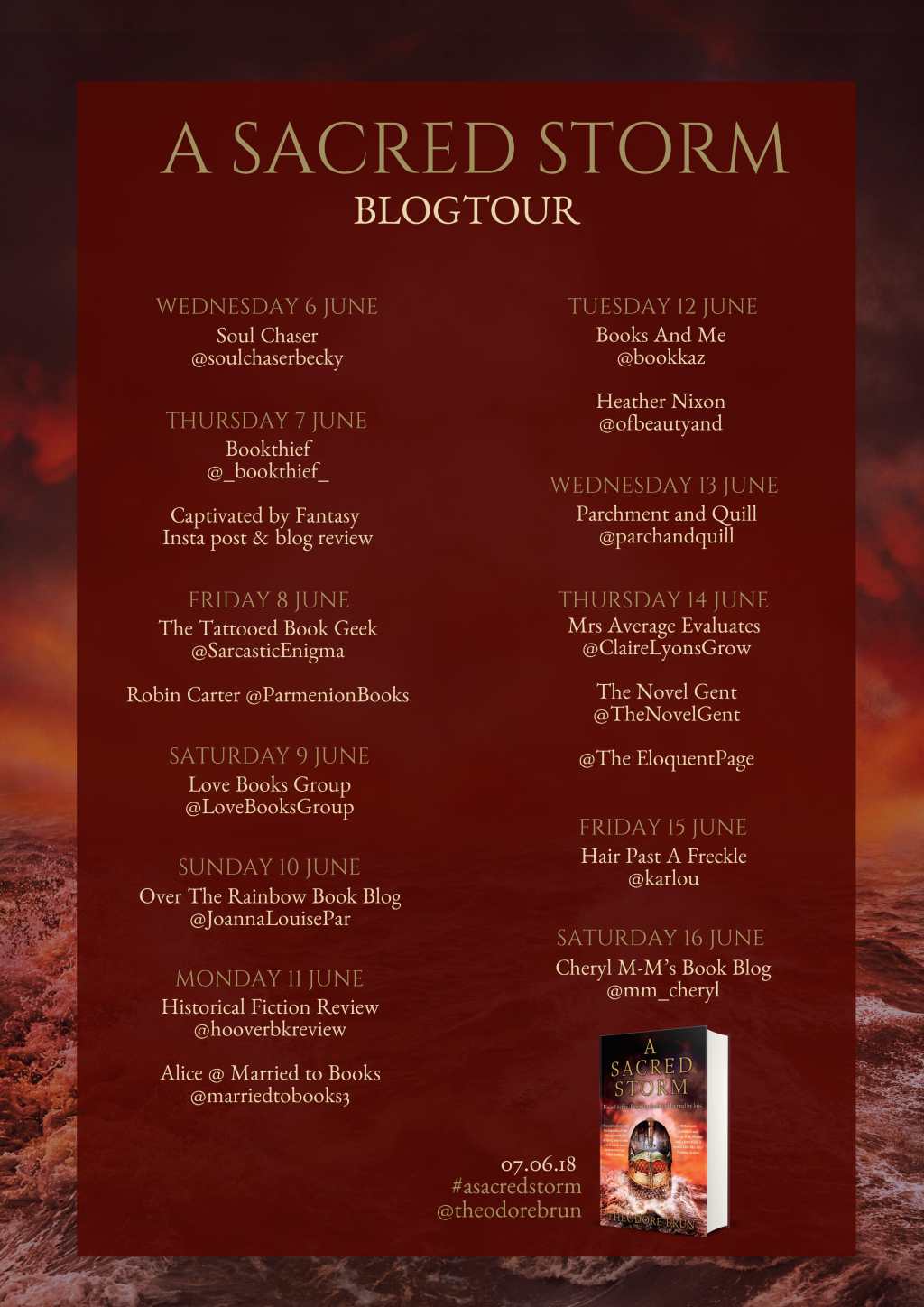