“It’s not the shadows you should fear, but what hides within.”
Alaric is an enemy of Rome.
For too long he has thwarted the empires attempts to gain control over the land that has long resisted them: Germania.
To the Romans he is a scourge, always evading their carefully laid traps. But to the tribes he is much worse: Outlaw, chief killer, battle turner, Oathbreaker.
All men know him, all men fear him. At his back is a war host, on his shoulder sits Loki, the Trickster.
A deal has been struck between the legions and the tribes: lifelong enemies agree to become friends, for a time. The eagles march with the wolves, together they hunt the raven.
Isolated and lacking in allies, will Alaric be able to break free from the noose that slowly encircles him? Or will the Sly One once more come to his rescue.
OATHBREAKER: One man’s stand against the tyranny of empire.

“The characters are full of the life of the period, their flaws, their doubts, their abilities all on display; a feast for the readers” – HOOVER BOOK REVIEW

“No holds barred, vivid Roman entertainment, probably the next best thing to actually being there” – SPEESH READS

“A great mix of legion camaraderie mixed with a personal plot you can get invested in, add in a couple of big twists along the way and you’ve got a smashing read” – DAVID’S BOOK BLURG

A tightly woven tale of a tightly wound man. Alaric faces many challenges in this fast paced, page turning story, though as daunting and exciting as they are, the most challenging is Alaric himself. Convinced of his ties to the gods, of his own reputation as a warlord, he becomes blind to the pain caused by his actions. A deeply complex character combined with a plot replete with twists, turns, and surprises. Come along for the ride, my fellow readers, Rome doesn’t play nice with stubborn foes, Alaric doesn’t care too much about Rome period… ⭐⭐⭐⭐⭐ 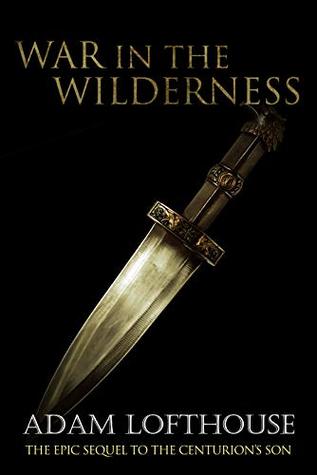 Balomar, King of the Marcomanni and leader of the united army of the tribes, broods and drinks his way through the long winter as his alliance falls apart. He won great fame when he destroyed the Fourteenth legion and brought his army to Italian soil. Rome will not let his victory go unanswered; new legions have been formed, and their spear tips point north.

Elsewhere Albinus braves the harsh weather and tribal hordes as he searches desperately for Licina, his lost fiancé. Once more he must play dice with Fortuna as he launches himself into the iron storm.

For Rome, and his father’s shade…

A sequel well worth the wait. The tale takes up where Centurion’s Son left off, so in no time the reader is propelled into an action packed drama pitting Albinus and his 14th Legion comrades against the elements and foe alike. As in the first book, we get a glimpse of life in a frontier/wilderness Roman legion; the camaraderie between Albinus and his mates, their absolute dedication to the Eagle despite the rigors, dangers, and discomforts.  The characters are full of the life of the period, their flaws, their doubts, their abilities are all on display; a feast for the readers. The tale, as the title indicates, is a war story replete with not only gladius laden battles, and skirmishes, but it is also one with elements of mystery and espionage. In what is a very striking and unexpected turn of events, Albinus finds himself once again in search of Licinia, but I will say naught of that. You, my fellow readers, will have to discover why for yourselves.  😊  4 stars 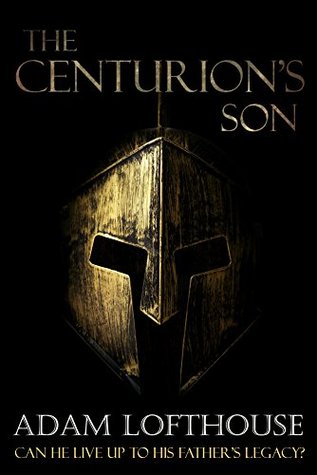