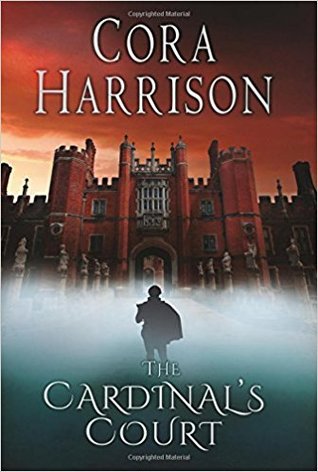 Over the last couple of years I have become acquainted with many authors via social media and though I have not met any of them yet I do think of them as friends. In addition to this most of them write historical fiction; more specifically Roman and medieval hist-fic which are my preferred genres.  In the case of this book I departed from those genres and decided, for a couple reasons, to read a modern day romance; a genre I had no interest in whatsoever.  My reasons were thus, this story does have in it an element of the love story between Henry VIII and Anne Boleyn(which I have recently taken an interest in because of binge watching The Tudors and by another book, A Love Most Dangerous by Martin Lake).  The other reason is because the author, Deborah C. Foulkes, is one of those social media friends with whom I have had and enjoyed many conversations.  So with some trepidation I read The Boleyn Effect not knowing what to expect.  What I got is a tale both interesting and entertaining.  The main plot involves a dare/game put forth by the close friend of the protagonist Leigh Ann Boorman in which she has to seduce a particular man to the point where he, Harry, falls in love with her in the manner that Anne Boleyn captured the heart of King Henry VIII.  Harry, a Dean at a local college is married to Katherine but has a penchant for cheating on his wife so the prospect of winning the dare/game is more than feasible.  What Leigh Ann does not expect is that she falls in love with Harry and this is the second main plot of the tale.  Without indulging in spoilers the story then becomes an emotional roller coaster both for Leigh and Harry and in the end it even becomes somewhat dangerous due to the twists, turns and surprises that the author injects into the tale.  I was fully captivated by the ongoing events and was prepared to rate this book with 4 stars but then after reading the last few chapters I had to change my mind(but like a good mystery I will not reveal my new rating yet.)  First I must say a word about the explicit sexual content in the book.  At first I was puzzled as to why these explicit scenes needed to be written in the manner in which they were.  I even asked the author that question to which she answered that while she originally hadn’t planned to write them that way, she decided that in keeping with the parallel with Henry and Anne and the nature of his court that it was appropriate to include such explicitness.  I thought about that for a while and though I agree with that premise, I also came to realize that since the grisly detailed violence of a Roman legion or heavily armored Templars fits in well in their respective genres why shouldn’t uninhibited sex be appropriate for a story such as this one, therefore I had no issue with the content.

I heartily recommend this tale and have rated it 5 stars.

Having read and enjoyed Martin’s series on The Lost King I was more than happy when he asked me to take on A Love Most Dangerous.  This despite the fact that most of the historical fiction I read involves the clash of arms and armies.  This one is quite different from my usual fare not only from the standpoint of action but also from the time and place.  I have never paid much attention to the court of Henry VIII other than the bits I learned in history.  In fact my knowledge of him has always been compromised by Herman and the Hermits.  In this telling of the life of a Maid of Honor in the court of Henry VIII I was drawn in like a moth to a flame.  The story is of Alice Petherton and how she becomes the King’s favorite.

The book is well researched and this shows in the exquisite detail the author uses time and time again to bring to life not only life in the court but life in London….e.g. his description of the Thames and one particular street, Offal Pudding Lane…yikes, makes me wonder how they coped In that environment.    The plot centers mainly on Alice and her rise and subsequent fall from grace and shows how frail life could be under the rule of a man like Henry VIII.

It is a tense, exciting, page turning experience as you follow Alice, a woman with the ability to beguile every man she meets and how she learns to deal with that.  I highly recommend this and gladly give it 5 stars.