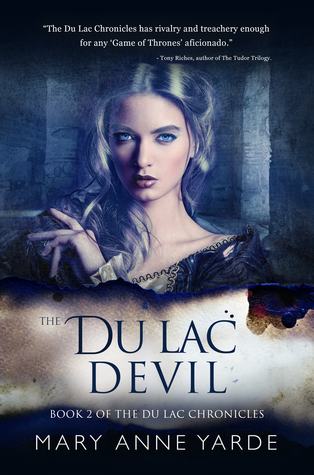 After finishing book 1 of The Du Lac Chronicles, I wondered what was going to happen in book 2, as it did seem like the Du Lac brothers had a penchant for intrigue; for the wherewithal to survive in a world filled with enemies, and there was so much more to be told.  Even with those high expectations, I could not begin to imagine or expect the sheer magnitude of intrigue and survival wherewithal that is encountered in The Du Lac Devil.  The author has crafted a powerfully emotional tale set in post-Roman, post-Arthurian times; a time of upheaval as Saxon, Briton and Frank seek to enlarge their kingdoms; or, just to maintain what they have.  Populated with fascinating characters; enough emotional turmoil and plot twists to have this humble scribe stop reading occasionally to catch his breath and exclaim, “Whoa, didn’t see that coming.”  I was left with a bewildering sense of loss; of sadness, as the book moved to the rather traumatic ending, but also with a feeling of hope – there’s more to come in this mesmerizing saga.