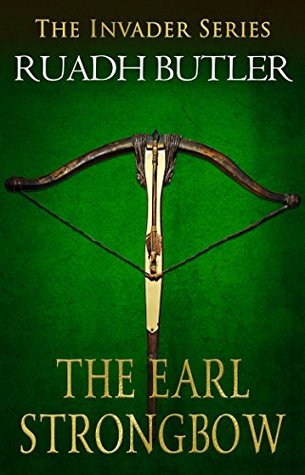 Exiled from court, distrusted and indebted, Richard de Clare is a man whose past is greater than his prospects and whose once-great name overshadows his deeds. Having backed the loser in the civil war, he faces penury and disgrace due to the disfavour of the distant and over-mighty king.

He has, however, one last gambit to play, one final attempt to claim a wealth and glory that would eclipse even the greatest exploits of his mighty fathers.

And, nothing less than the hand of an Irish princess and a throne will suffice if Richard is to surpass the great feats of his family.

Raymond de Carew, Strongbow’s right hand man in the quest for glory in Ireland, is a troubled soul. Despite his prowess as a warrior and battle leader, he’s mired in self doubt about the path his life should take. In this, the 3rd volume in The Invader Series, the author has given the reader in depth looks into the lives of Strongbow and Raymond. Their strengths and weaknesses, their tenacious resolve, their motivation and desire to succeed are what fuel this action packed, tension filled drama. Obstacles, surprises, deception, and treachery from within threaten not only Raymond’s reputation, but Stronghold’s last gasp at respectability. I found the characters to be true to their various backgrounds; Norman, Ostman(Dane), Gael(Irish), and Welsh. The author paints them with their built in disdain for others, whether that takes the form of Norman vs Ostman, or nobility vs upstarts (in this case Sir Hervey is a right bastard 🙂). A thoroughly enjoyable tale of a volatile time, a volatile place, and certainly a lot of volatile men with big ambitions, and sharpened blades.  4 stars 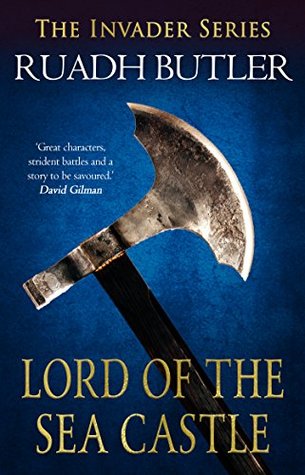 It is 1170 – a tumultuous time for the people of Wales, England and Ireland. Raymond de Carew is in love, but the woman he desires is an earl’s daughter and so far above his station that he has no hope of ever winning her.  However, Raymond’s lord has a mission for him: one that if it succeeds will put an Irish king back on his throne and prove Raymond worthy – for in Norman society, a man can rise as high as his skill with a sword can take him.  With only a hundred men at his side, Raymond must cross the ocean to Ireland ahead of his mercenary lord’s invasion. There he will face the full might of the Viking city of Waterford… and either his deeds will become legend or he will be trampled into dust. The second volume in the thrilling Invader series.

Raymond de Carew has a lot thrown at him in this rousing tale of love, loyalty, loss, and lots of nasty Gaels. It is a well crafted, complex story line, complete with a host of nationalities all competing for wealth and power – English, Welsh, Irish-Gael, Norse-Gael, and Norman. The author has succeeded in presenting these varied peoples in the wonderfully drawn characters that populate this tale. Raymond is a perfect example of this – a true leader of men, yet the complexities of his duty to Strongbow and the results of the many events he is involved in, cannot help but forge doubts and frustration.

An action filled tale from start to finish, with the final quarter of the book being absolute page turning anticipation as Raymond’s foothold on Irish soil is faced with certain destruction by some of those nasty Gaels.  Yes, my fellow readers, twists and turns abound in this highly entertaining novel, and it will continue in the next volume of this series. There is much yet to be decided.  🙂     4 Stars

A gripping tale featuring Norman, Welsh, Irish, Ostmen and Flemish combatants and their duplicitous maneuvers to stake a claim or a kingdom in Ireland.  The main protagonist is Robert FitzStephen, a Norman warrior who falls upon hard times but is offered the chance to regain his honor leading the army of the deposed Irish King Diarmait Mac Murchada.  The author had my attention from page one.  Well researched and written in a manner that stays as true as possible to the known historical record, although, as is true of any good tale, some facts can be rearranged to make the fiction more compelling.  The battles are ferocious without being overly gory; the tension brought on by the many competing groups and goals permeate the story lines.  An admirable and enjoyable read of yet, to me anyway, another time and place of British history.  4 stars