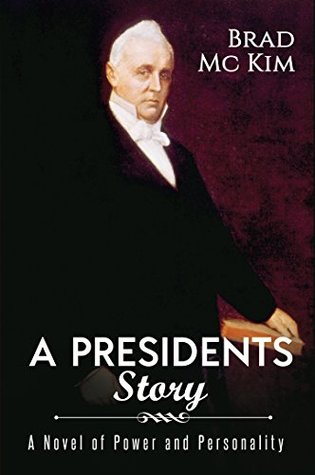 At the dawn of the 19th century, fourteen men will succeed George Washington in leading the young United States. As their personal tales intertwine and overlap with one another on their way to the Presidency, they craft an election system that is, at once, chaotic and orderly. Their ambition forces them to join political parties even as those parties’ agendas are not always clear. Their supporters engage in ever more vicious public and private campaigns. They rely on political favors and a partisan press to win votes and to solicit compromise. And yet, they follow Washington’s example and hand over power after each election to the newest victor, typically with unprecedented grace and humility. These are the practices that survive, even as a Civil War looms that threatens to destroy virtually everything else about the young country.

Way back when I was a lad attending American History classes, at the appropriately named Andrew Jackson Jr. High School in Detroit, MI, I was subjected to the old ‘memorize these dates, names, and places’ method of making history boring. I think it’s just pure amazing that I fell in love with the subject, even after further torment at the hands of a Lewis Cass Technical High School history teacher who read to us every day from his notes. What the author has done with A Presidents Story is just the kind of history that should be taught. To me, the presidencies from Monroe through Buchanan (with the notable exception of Jackson) were taught almost as singular events with none of the interconnections, or the interactions between that group of men. It’s fascinating what the author has done in bringing to life the connections, and how their interactions came to govern this country at what was the most dangerous time in it’s short history. The narrative proceeds at a comfortable pace as the reader follows the threads that make up this rich historical tapestry. The dialogue rings true….the author’s research into the lives of the players adds to the realism of their conversations and their actions.

I highly recommend A Presidents Story…not only is it an entertaining look at our past, but it is also edifying…you just might learn some stuff.  🙂   5 Stars