It is AD 430. Against all odds Princess Catia has been rescued from her brutal Saxon captors and Bellicus is taking her home at last.

As the giant warrior-druid knows, however, the gods rarely make things easy and, even if he can escort the girl back to the North safely, their troubles will be far from over…
In a land beset by the rivalries of petty warlords, Dun Breatann has stood solid and secure for untold generations. Trouble brews though as King Coroticus has cracked under the pressure and, as well as starting a war with the neighbouring kings, he has become jealous, suspicious, and often blind drunk. When the king’s paranoia finally boils over during a winter feast, Bel finds himself with two choices – accept exile, or complete another seemingly impossible undertaking.
So much for the returning hero…

Accompanied by his massive war-dog, Cai, and the ever-loyal former centurion, Duro – who has his own painful issues to contend with – Bellicus must somehow survive a journey east into enemy-held lands. There, he will need to use his gods-given talents to the full if they are to survive the winter frosts and carry out the mad king’s orders without being captured or killed by the men of Dalriada.

Folklore, superstition, the healing power of song, and even a wondrous white stag will all play a part in the companions’ continuing adventures, but, no matter the outcome of their mission, it will take a miracle to untangle the mess they’ve left behind in Alt Clota. Armies are gathering and, when spring returns, the people of Dun Breatann will be under siege once again.

Will their legendary warrior-druid be there to defend them, or will the new ways sweep away the old once and for all? Find out in Song of the Centurion, the action-packed sequel to 2018’s The Druid!

Well now, my fellow readers, prepare yourself for an exciting, page turning sequel to The Druid. The author has created a suspense filled tale that finds Bellicus, Duro, and Cai in some pretty hairy situations….situations that don’t always turn out the way they expected.  Plot twists, surprises, plus a damn good story, make Song of The Centurion a more than worthy successor to The Druid…now we wait for results of all those twists and surprises. Book 3 can’t get here soon enough.  5 Stars ⭐⭐⭐⭐⭐ 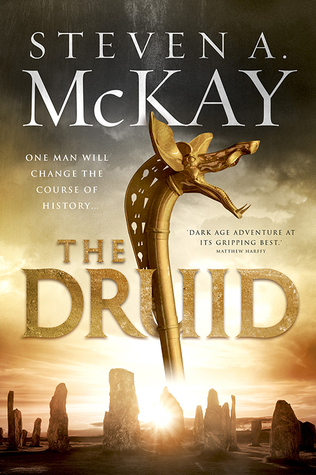 A land in turmoil. A village ablaze. A king’s daughter abducted.

In the aftermath of a surprise attack Dun Buic lies in smoking ruins and many innocent villagers are dead. As the survivors try to make sense of the night’s events the giant warrior-druid, Bellicus, is tasked with hunting down the raiders and thwarting their dark purpose.

With years of training in the old ways, two war-dogs at his side, and unsurpassed skill with a longsword, Bellicus’s quest will take him on a perilous journey through lands still struggling to cope with the departure of the Roman legions.

Meanwhile, amongst her brutal captors the little princess Catia finds an unlikely ally, but even he may not be able to avert the terrible fate King Hengist has in store for her.

This, the first volume in a stunning new series from the bestselling author of Wolf’s Head, explores the rich folklore and culture of post-Roman Britain, where blood-sacrifice, superstition and warfare were as much a part of everyday life as love, laughter and song.

As Saxon invaders and the new Christian religion seek to mould the country for their own ends one man will change the course of Britain’s history forever. . .

When an author embarks on a new journey, a new set of stories and characters, it is a somewhat risky proposition. Can the author carry over the same creativity, the same character development, the same blend of historical authenticity and believable fiction. In The Druid, Mr. McKay has successfully ticked all of those boxes. It is at once a thrilling adventure, a romp through a volatile period of Britain’s history, but it is also a character driven tale. Bellicus is a complex man; a warrior, a healer, a teacher, a bard, a spiritual leader in an age where his kind are on the decline. The task awaiting him tests all of his abilities and his emotions as events unfold. One of the features I enjoyed was the inclusion of Merlin (or, more correctly The Merlin), and Arthur as important bit characters. Stripped of the more mythical renderings, they are more down to earth, so to speak.

So, my dear readers, if you were wondering if The Druid would be a continuation of the excellence in McKay’s Forest Lord series, wonder no more. 5 stars

Robin has been pardoned, he is no longer an outlaw; indeed he is even working for the law now.  He is reunited with his wife and son.  Life is good, Robin should be a happy man.  But alas, conflicted feelings about his job and how harmful the enforcement of the law can be and increasing  tension at home rears over his job as well.  The finale of this engrossing set of tales brings together Robin and what’s left of his old gang to pursue and destroy an enemy who is out for revenge against them.  Plus there is another old score waiting to be settled by a most loathsome churchman.  Taut, tense and full of action and surprises, Mr. McKay gives the reader an entertaining and fitting end to his Robin Hood series.  My only, well, make that two complaints, is that the tension in some spots is such that I had to put the book down and take a breath or two (not that this is a bad thing)..and two –  that the series is done.  I commend the author on how he brings it to a close…that’s all I will say about that…you need to read it to find out.  🙂  5 stars and the highly sought after Hoover Book Reviews – “You Gotta Read This Series” award. 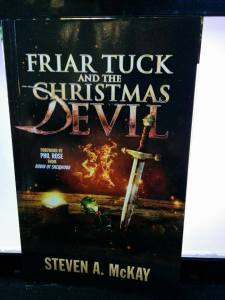 Friar Tuck is hiding under an assumed name having run afoul of a powerful member of the church hierarchy and finds himself living in a small village that is being plagued by visits from demons and devils.  The author has given us and Tuck a mystery to solve; one that has the good Friar utilizing all of his skills, both mental and physical to rid the village of the cloven-hoofed, horned devil.  The tale is well told with a steady pace, action aplenty, and a deeper look into the character of Tuck.  Couple that with a fine Christmas feast and you have a 5 star winner.

Just when things are such that Robin can spend time with his family, old and dangerous foes combine forces and the Wolf and his band of outlaws find themselves facing their greatest challenge to survive.  This is the third volume in The Forest Lord series and it is a continuation of the excellence exhibited in the first two.  The author has given us a tale that is hard to put down, filled with riveting action and tense drama.  The characters shine throughout, from the ebullient Tuck, the imposing presence of John Little, the unrelenting stare of Will Scarlett, the love and devotion of Matilda (Robin’s wife)and the coming of age of Marjorie (Robin’s sister).  There are also the dramatic twists of plot and fate of some who live and die in a hard and cruel world.  I will not engage in spoilers so you’ll have to believe me when I say there is some sorrow involved but like I said, it was a hard existence being an outlaw.  Well, okay one spoiler, the author has promised a fourth volume.  🙂   5 stars 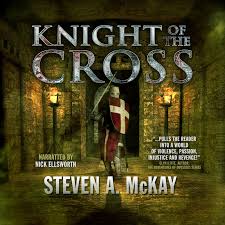 Another first for me as I have never reviewed a short story and found it a bit more difficult to do than for a full length novel.  This story is a bit of a departure from the author’s two excellent novels about Robin Hood as the subject is The Knights Hospitaller and has an element of fantasy as well though it does feature Sir Richard-at-Lee who does appear in Wolf’s Head and The Wolf and the Raven.  It takes place on the island of Rhodes and concerns the mysterious disappearance of many people on the island including some of the Hospitaller personnel.  It seems that an ancient evil has arisen, the god Dagon and he requires sacrifices of the most heinous kind.  Sir Richard is charged with the task of searching out what is causing the disappearances.  I found the story to be very entertaining and the action/plot twists to be exciting and well written.  The scenes involving the rites of the evil Dagon to be as grisly as one would hope and the fears of those involved in the rooting out of this cult to be very real and thus makes for an excellent tale.  5 stars.

The Lancastrian revolt is over.  Those who opposed the King are now outlaws and are being pursued with a vengeance.  This is especially true for Robin Hood and his men as they are once more wolf’s heads high on the list of the King’s main huntsman, Sir Guy Gisbourne; The Raven.  In this, the second volume in Steven McKay’s series on the famed outlaw, the author has crafted a tale of intrigue, bravery and betrayal.  He has also continued the development of his characters, the old and the new.  In particular his portrayals of Little John and Will Scarlet have gone up a notch as they help Robin overcome some very nasty treatment at the hands of Sir Guy; one of the new characters who the author has imbued with a streak of super-villain like viciousness.

The action is exciting, well thought out and is interspersed with many touching scenes…e.g. Sir Richard at Lee and his captor, a relative nobody from the village.  The detailed descriptions of the forest scenes lend a nice touch to this exciting sequel.  I heartily recommend this series and look forward to the third book.  My rating for this is 4.7. 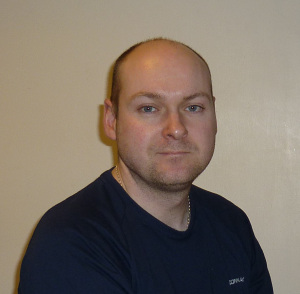 My second book, The Wolf and the Raven will be released on April 7th, get your pre-order in now and come meet me at the London Book Fair between April 8-10!I was born in 1977, near Glasgow in Scotland. I live in Old Kilpatrick with my wife and two young children. After obtaining my Bachelor of Arts degree I decided to follow my life-long ambition and write a novel.

Historical fiction is my favourite genre, but I also enjoy old science-fiction and some fantasy.

I play lead/acoustic guitars (and occasional bass) in a heavy metal band when we can find the time to meet up.

In the aftermath of a violent rebellion Robin Hood…