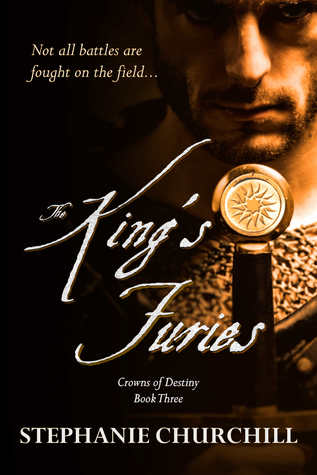 Not all enemies are visible.
Sometimes the most defiant ones exist only in the heart and mind.
The Defiler of Prille and his hound are dead, and the houses of Sajen and Vitus are united. With the birth of a new heir to the throne, peace settles over Agrius.
But it’s a fragile peace.
As King Casmir works to restore the former glory of his inheritance, rumors of betrayal and treachery reach the throne, threatening to shatter everything he has worked hard to achieve.
When old enemies surface, the rumors become real. Disaster strikes, plunging him into a darkness that feels palpable.
Many advisers step forward to help, but it’s never easy to determine friend from foe when it comes to the power around the throne.
Faced with the decision to forge his own path and stay true to his honor, or to become like his father, a man he despised, his bonds of unity are tested.
To the point of breaking.
What compromises will he make to secure the future of his family and his kingdom?
Will he lose both himself and the ones he loves?
Follow his journey into darkness.

As is somewhat evident in our world today, not all people react positively in the face of a changing political or social environment. This truth forms the basis for The King’s Furies as Casmir is beset with issues brought on by old enemies, and those resistant to, or adversely affected by the ban on slavery. The main characters in the series are put to the test in this pulse racing drama as they deal with the soul crushing events. The author has crafted a wonderful story…her characters are such that their pains, anxieties, and joys resonate with the reader. The plots against Casmir, insidious and seemingly unsolvable, bring out the worst in him and some surprising talents in Jack (I say no more, other than that he is more than just a blacksmith turned noble and friend to the King).

The King’s Furies is certainly a worthy addition to the series – a fantasy world, yet one that is easily recognizable as it could be a historical rendering of our past. A very real look at the ironic fact that no period of history is ever ‘peaceful’. 5 Stars ⭐⭐⭐⭐⭐